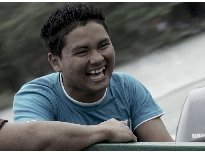 The Shark’s Eye, Alejo Hoijman documentary will have its World Premiere at the 7th Edition of Roma Festival di Cinema in November.

The film will participate of the CinemaXXI competition that displays a collection of films that explore contemporary languages.

A blend of feature length and short films, The Shark’s Eye will compete along with names such as Apitchapong Weerasethakul, Mike Figgis, Avi Mograbi, Win Wenders, Aki Kaurismäki.

A great achievement for the film, which was supported by INCAA, Programa Ibermedia, Tribeca Film Institute, Cinereach and IDFA Fund and developed at Eurodoc.