The film directed by Monica Lairana received the Work in Progress award at BoostNL, organised by the Netherlands Film Festival. 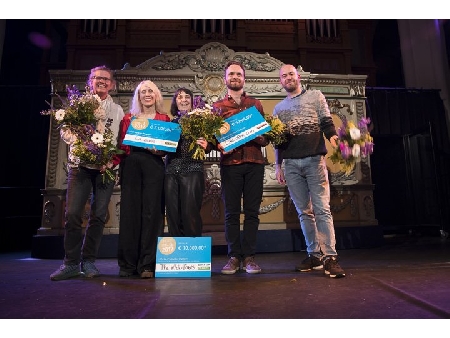 BoostNL is a collaborative project between IFFR / CineMart and the Netherlands Film Festival / Holland Film Meeting. The programme will present a selection of Dutch projects in development and international projects that were previously presented at CineMart, or ones that have been granted support by IFFR’s Hubert Bals Fund (HBF). The aim is to offer guidance to the selected projects as well as exposure to new potential partners. BoostNL will focus on projects inpre-production stage that are ready to be presented at a co-production market as well as projects that are almost complete and ready for presentation as works-in-progress. By uniting forces, the two co-production platforms of HFM and CineMart will create a new space in which the selected projects can get stronger film industry exposure. Furthermore, the participant project representatives will receive advice from film professionals through a series of individual meetings with special attention paid to their festival, sales and marketing strategies.