¡Vivan Las Antípodas! will be part of the Opening Gala of the 68th Venice International Film Festival. 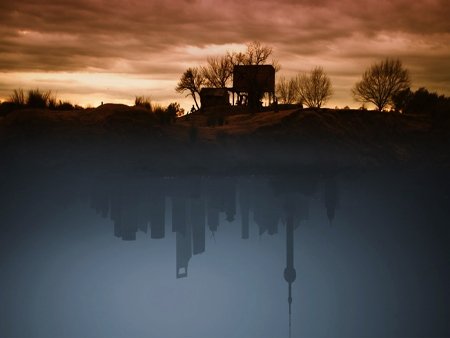 Victor Kossakovsky‘s new film, coproduced along with Majade filmproduktion, Lemming Films & Producciones Aplaplac will be together with George Clooney’s Ides of March screened during the opening of the prestigious film festival.

The screening will take place on the 31st August 2011.

With this film Victor Kossakovsky grants himself a childhood wish.  Haven’t we all asked ourselves as children where we would come out if we dug a tunnel right through the centre of the earth?  Haven’t we all wondered at some point what was happening just at this moment beneath our very feet at the other side of the planet?

In this film those reveries turn into reality.  In breathtaking images and a stunning montage we go on a trip to the world’s rare inhabited land-to-land antipodes.  We discover the wonders and contradictions of nature and people around the globe.  With unprecedented camera movements and exhilarating new perspectives our conventional view of the world is challenged.

On the evocative title follows a revolutionary film that gives three cheers to our planet and its people in all their antagonisms and commonalities:  Vivan las Antipodas!

According to Kossakovsky’s own words: “In a small village with very few houses in the countryside of Argentina, I saw a man fishing from a small bridge. Beneath the sunset light, that simple place looked to me like the most beautiful and peaceful on Earth. I imagined – what if I were to extend this fishing line straight down, through the center of the Earth? What will I see on the other side? As it turned out one of the most powerful, bustling and noisy cities on the planet – Shanghai.

Then I learned that since most of the planet is covered by water, there are only a few inhabited land to land antipodal places. For instance, in all of Europe only Spain has an antipode – New Zealand.  The USA only have one such place in Hawaii, which is opposite to Botswana, the only true antipode in Africa.  We were also filming in the most beautiful and cinematographic locations, which are in my opinion, Lake Baikal and Cape Horn.

Sometimes you have a good idea for a film, but once you make it you realize that the idea is better than the real truth. For VIVAN LAS ANTIPODAS! it was the opposite! The idea was cool, but what I found in reality is even more unbelievable and surprising.”

His advices for young filmmakers are world known:
1. Don’t film if you can live without filming.

2. Don’t film if you want to say something – just say it or write it.
Film only if you want to show something, or you want people to see something.
This concerns both the film as a whole and every single shot within the film.

3. Don’t film, if you already knew your message before filming – just become a teacher. Don’t try to save the world. Don’t try to change the world. Better if your film will change you. Discover both the world and yourself whilst filming.

5. You need your brain both before and after filming, but don’t use your brain during filming. Just film using your instinct and intuition.

7. Shots are the basis of cinema. Remember that cinema was invented as one single shot – documentary, by the way – without any story. Or story was just inside that shot. Shots must first and foremost provide the viewers with new impressions that they never had before.

8. Story is important for documentary, but perception is even more important. Think, first, what the viewers will feel while seeing your shots. Then, form a dramatic structure of your film using the changes to their feelings.

9. Documentary is the only art, where every esthetical element almost always has ethical aspects and every ethical aspect can be used esthetically. Try to remain human, especially whilst editing your films. Maybe, nice people should not make documentaries.

10. Don’t follow my rules. Find your own rules. There is always something that only you can film and nobody else.