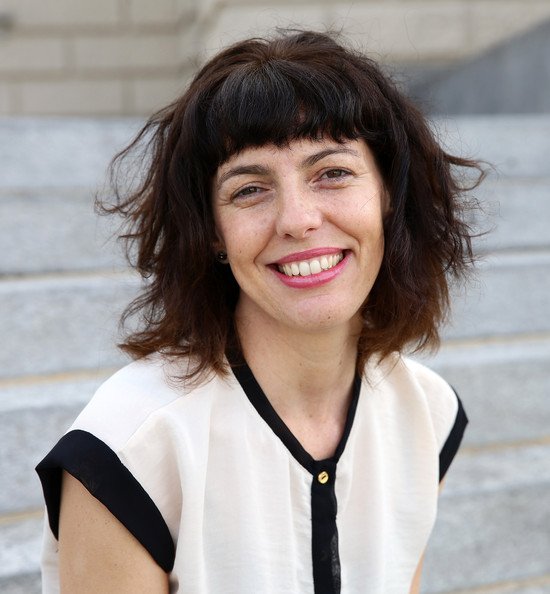 Alejandra is a photographer, producer and film director. She studied Image and Sound Design at the University of Buenos Aires, where she is currently a teacher specializing in Documentary Cinema.

She complemented her studies training in theater and staging with Rubén Szuchmacher and taking the Postgraduate Course in Social Anthropology and Politics at FLACSO.

She lived in New York where he studied Documentary Cinema at NYU – New York University, and Photography at ICP – International Center of Photography, while doing an internship at PBS. She studied photography with Mary Ellen Mark in Oxaca, Mexico and back in Argentina with Adriana Lestido. She made the Laboratory of Investigation and audiovisual production in SUB Cooperative, and is currently developing a personal project from Marcos Adandia’s workshop.

During years she gave workshops of photography for children and adolescents in street situation, from this experience she made the photo book OTRA MIRADA, BUENOS AIRES FOTOGRAFIADO POR LOS NIÑOS QUE VIVEN EN SUS CALLES, with prologue by Eduardo Galeano, winner of the Fondo de Cultura BA and edited by Ateneo.

She directed and produced the feature film AÑOS DE CALLE (2013) where she continues the lives of 4 children for 13 years, a film awarded in numerous national and international festivals.

She worked as producer and director in Telenoche Especial de Canal 13 and in Habitación 1520, among other production houses.

Some of them:
– THEATRE OF WAR (2018) by Lola Arias, Berlinale, CICAE Award and
Ecumenical Jury Prize.
– SOLDIER (2017) by Manuel Abramovich, Berlinale Generation, Nominated to the
Glasshüte Prize.
– 327 CUADERNOS (2015) by Andrés Di Tella.

She lives and works in Buenos Aires, Argentina.