After Viennale and more than 20 International Film Festivals, El Ojo del Tiburón receives the Best Film Award at the 1 Edition of FIDBA, the Documentary Film Festival in Buenos Aires. 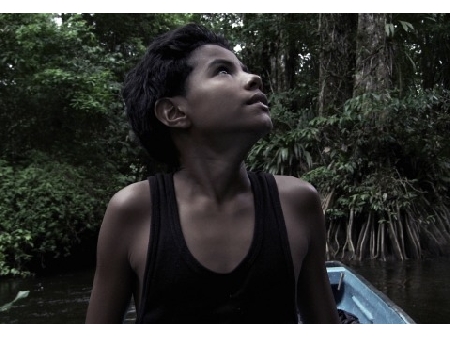 The nine-day festival, which began on September 14, featured a broad selection of films, four competitions, retrospectives, seminars, master classes, the participation of filmmakers and producers from all over the world and special activities.

The annual event organized by the Fundación de Altos Estudios en Cine Documental opened with the exhibition of The Missing Picture by Rithy Panh, which won the main award in the Certain regarde category at 2013’s Cannes Film Festival.

Apart from the winners mentions above, Argentine production Mi reino no es de este mundo by Tatiana Font was honored with a Special Award during the closing ceremony which took place at the Language and Book Museum of the National Library.